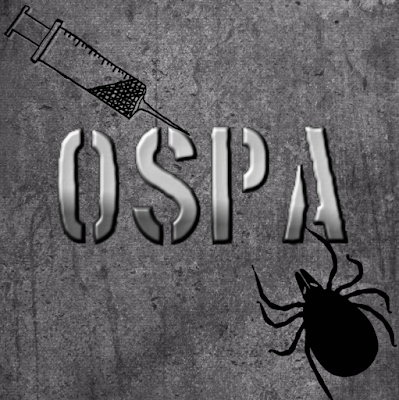 Whether you are sick from a tick bite or the Lymerix vaccine it's the same disease. Even the CDC criminals say so in their published research. Both Lymerix and Borrelia burgdorferi spirochetes contain OspA, the main driver of disease in both. A triacyl- fungal lipoprotein that causes immunosuppression, a B-cell AIDS illness in its victim's. The Lymerix vaccine directly injects OspA, where Borrelia spirochetes are their own phylum that shed their outer surface containing OspA. This mechanism not only applies to Lymerix and Lyme, but other abused groups in medicine who share the same disease mechanism from Autism, vaxxed, chronic fatigue syndrome, myalgic encephalomyelitis, fibromyalgia, mitochondrial dysfunction, gulf-war syndrome, etc.


The CDC criminals admit it's immunosuppression in their own scientific published research. Here in 1988, Ben Luft and 1996 Dave Persing are both saying you can't tell the difference between a Lymerix injured and a chronic Lyme patient and how OspA alone causes disease.


Norman Latov in 2004 on the neurological complications and antibiotic resistance because of immunosuppression. Donald Marks in 2011 basically saying the same in similarities of OspA injection and a chronic Lyme patient


People say all the time, I didn't get the Lymerix vaccine so it doesn't affect me, actually if you have chronic Lyme it does. The vaccine injuries is why 25 years later nobody is getting help. Here Alan Barbour in 1986 is saying how spirochetes bleb or pinch off bits releasing it's surface proteins (OspA) and turning off the immune system. 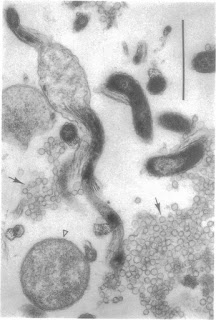 OspA, a TLR2/1 agonist creates tolerance and cross-tolerance to other pathogens and TRL's to no longer recognize or fight them off such as; Epstein-barr, HHV-6, Cytomegalovirus, zoster, candida, mycoplasma, babesia, etc. Both the vaccine and tick bite are the same disease outcome from the same detonator, OspA. It's not about a persistent spirochetal infection or biofilms, the vaccine didn't contain spirochetes. It's about persistent immunosuppression, b-cell mutation, re-activated and opportunistic viral, parasitic, bacterial and fungal infections that are no longer detectable by the immune system causing a B-cell AIDS like illness.

The lead author of the Lyme disease guidelines Gary Wormser in 2000 saying OspA induces immunosuppression and the amount of OspA
injected via vaccine or tick bite depends on how sick you will get.


1989, IDSA, The reviews of Infectious Diseases. On how Lyme is immunosuppression, the lymph nodes are attacked and wrecked in the first 24 hours and b-cells appear mutated and treatment fails in half the cases due to pathologic change, Pathologic changes occur prior to treatment.

It doesn't matter if your OspA vaccine injured or a tick bite victim they both contain the same detonator OspA - leading to the same disease outcome - neurological immunosuppression, a B-cell like AIDS illness. Also known as "The Great Imitator" mimicking and causing every disease known to man. The reasoning behind the fraudulent testing and denial of chronic neurological Lyme was to hide the vaccine injuries, aka "Dearborn scam" the falsification of the case definition and diagnostics. The old case definition and diagnostics would reveal the fake vaccine. You cannot inject fungal antigens into humans or animals without a post-sepsis response in those without a HLA genetic predisposition. The criminals know this.

Meanwhile, the CDC & IDSA who own patents on the vaccines and test kits fight to preserve their scam and 25 years of denying chronic Lyme. ILADS won't talk about the disease mechanism and continue treating Immunosuppression and viruses with long term antibiotic therapy while making mad profit off the sickest patients on the planet who are living in poverty. Bottom line is Lymerix injuries are chronic neurological Lyme and vice-versa.