Chronic Lyme Disease ~ The Journey Into the Dark Abyss 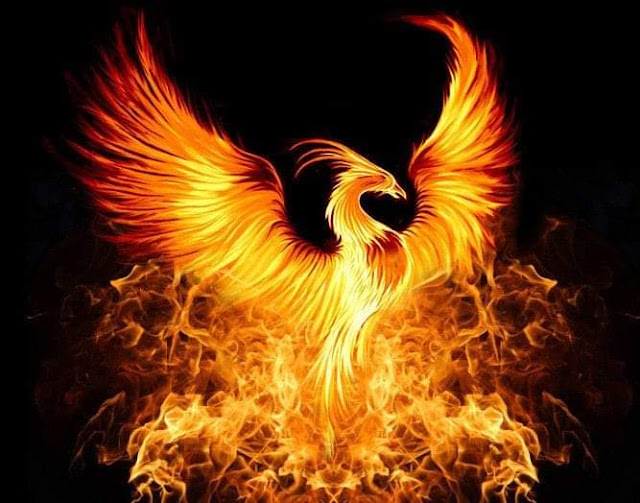 Chronic Lyme disease (CLD) - a conspiracy or a hoax? That's what the matrix system wants society to believe. The only hoax is the corrupted and twisted mainstream medical system designed solely to monopolize from the suffering off the general population by keeping and making them sick by a handful of the most money and power hungry tyrants to walk this earth - western and allopathic medicine at it's core is a Rockefeller creation.

The truth is, CLD is one of the largest medical scandals in the history of medicine and a worldwide pandemic spreading like wildfire surrounded by corruption, fraud, falsehoods and greed. The immeasurable suffering and life-shattering impact within this Medical Holocaust becomes a haunting reality to its victims where they are given no choice but to weather the storm and burn to ashes.

CLD is a ferocious beast that will tear down the strongest and bravest warriors until they're begging, crying and screaming for mercy. It will rip apart the most strong willed, dedicated, grounded, centered and motivated as they crash to the floor in defeat. It'll let your head up above water to take a few breaths then submerge you again and again and again. You'll spend what feels like eternity fighting to survive another day as inhumane symptoms and destruction are ravaging through every organ system while gripping at any possible hope in sight. At times, intrusive thoughts of an end point to escape this abyss will haunt your waking moments as if you're been swallowed up by a black hole.

You become deeply immersed into a war zone you can't escape from and face the painful feeling of powerlessness and hopelessness. It's grieving the loss of your former self, your life, your health, ability take care of yourself, job, house, car, savings, everything you own, Motherhood or Fatherhood, family, friends, basic human rights, your dignity and for some - even their children. It robs your life out from under you spending months, years to decades like a prisoner for a crime you didn't commit. Poverty, homelessness, abandonment and/or starvation become many victims new daily reality.

The rest of humanity will go on with their lives turning a blind eye to the cries and screams for help, the medical establishment will strip away your dignity and the government will continue ignoring it's obsolete victims within this Medical Holocaust. You are too sick to fight for yourself, who's going to fight for you? What do you do now?

The death rate from CLD continues to soar to astronomical levels from complications or suicide. What kind of world are we living in where people are suffering immensely with nowhere to turn and become so engulfed in hopelessness they take their own lives?

Some of the biggest obstacles amongst Lyme victims are not the disease itself, but the system in which they are victimized by and responsible for their suffering. As this pandemic continues plaguing the globe, there's no help nor medical treatment anywhere for a disease where its existence was erased from mainstream society due to criminal manipulation by greedy and egotistical maniacs in this matrix of corruption and evil profiteering. The medical industry and government focuses nearly all of their efforts on keeping the truth buried and victims enslaved to this horrendous warfare.

The current Lyme testing and case definition was fraudulently designed in 1994 by the CDC, Yale and it's patentneers and racketeering partners to erase the very existence of CLD. This excluded millions of the sickest victims who end up with an AIDS and Cancer like disease - as previously published by the CDC themselves. They went back on their own published research and manipulated the testing to qualify and market a Lyme vaccine that caused the same immune suppressive disease. The testing before the 1994 crimes of fraud would have proven their fake vaccine and profiteering agenda.

Victims are sent away to suffer with an extremely complex and serious debilitating immunosuppressive, neurological and multi-system disease that affects every organ system. Good luck if you are one of the lucky ones with an acute infection who have been blessed with a genetic predisposition to an acquired immune deficiency from a tick bite, which is 85% of the population.

Being rewarded social security disability is a farce and takes many years - another battleground in itself. You are thrown into a bottomless pit of invalidation, slander, neglect, shaming and gaslighting by the medical establishment and government. Told by every doctor you see that chronic Lyme doesn't exist, no you don't have Lyme and labeled as a hypochondriac, attention seeker, drug seeker or psychiatric. Going to the ER for a disease that doesn't exist becomes a Lyme victims worst nightmare - the gaslighting when near death is too much to bear.

You will be accused or labeled with Munchausen syndrome and possibly battle Child Protective Services if you have a very sick or disabled child due to CLD. It may even go to the extremes of your child being medically kidnapped. "With widespread anxiety about Lyme disease has come Munchausens and Munchausens syndrome by Proxy in those concerned about 'chronic' Lyme disease." - Lenny Sigal

Many have been so traumatized and scarred for life by the persistent and prolonged abuse, gaslighting and loss - as if the crippling brain symptoms alone aren't enough; a permanent brain infection, lesions, encephalopathy and co-infections like Bartonella or PANDAS which can cause severe neuro-psychiatric disturbances.

The hardwork and dedication becomes a fulltime job as your entire life becomes encompassed around getting better or stabilization. You become your own doctor and eat, sleep, dream and live trying to get better and researching treatment options to heal or manage symptoms. Majority of whom cannot work become drowned in perpetual debt can barely afford to house and feed themselves, let alone afford any kind of treatment. Where others travel across country trying to find a Lyme literate doctor who might help while having to pay out of pocket for doctors, testing, medications, treatment and supplements because insurance won't cover a disease that doesn't exist. Many have spent thousands to 100s of thousands of dollars to end up no better as people wonder why you're not any better and the most common response is to try harder.

There are millions of people who have tried every possible treatment from long term antibiotics, natural or herbal remedies, a whole diet and lifestyle transformation, stem cells, etc. and remain the same. There is no known effective one size fits all treatment and the relapse rate is very high. After years, what options do you have left? You've tried every possible treatment option, now bankrupt with a psychiatric diagnosis and majority of your people are gone. You begin to look "psychiatric" because nobody is going to understand how you can still possibly be sick and nobody is going to believe you. You have the constant feeling of being “condemned” to a life of suffering. How could this possibly not throw any human to their knees crying and begging for mercy to end this misery. But u break down, you keep fighting, rise above it and keep gripping at any and all hope.


"Just like the Phoenix near the end of its life, it settles in to its nest that burns ferociously to ashes. From those ashes, a phoenix rises – renewed and reborn."


Through this journey into the dark abyss, your reborn with a special gift that can only be learned and found through suffering. A new humility, strength, wisdom and empathy only learned by walking through the fire. We can use our new found strength as fuel to burn the fire to rise up, unite and reignite stronger, more gloriously, dramatic, loudly as a mass movement of revolution - to expose our collective truth and the crimes committed by the medical industry, academic researchers and government to tear down the veil of illusions within this medical Holocaust for the children and future generations. If we don’t rise above it together, the circumstance wins and the story can’t change ❤

Love to all you badass CLD warriors out there. You are some of the strongest people I've ever encountered. Its time to take a stand for real change.