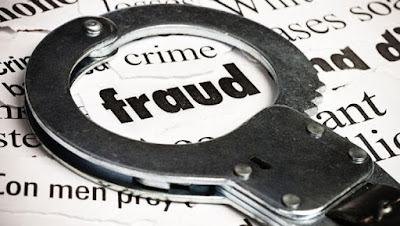 
1986 DuraySteere EBV Lymphoma.pdf  -- Steere in 1986 talking about how Lyme is like post-sepsis with the leukemia-like, EBV-transformed like immune cells.


1986 McSweegan Goldwater.pdf  -- Here Edward McSweegan writes a fake whistleblower letter intending to steal the US Navy's (his employer) and give it to all his cronies at the future ALDF.com.  Does not know spirochetes undergo antigenic variation or that it's surface antigens, formerly called "mucopeptides" were fungal and therefore a vaccine cant be made out of them.  Same for most of the other TBDs- they are bearers of fungal antigens, which is why they were always known to make nice bioweapons.


1986 Steere band 41 treatment fails half.pdf  -- Here, in 1986, Steere not only says you only need band 41, but he says treatment fails in half the cases.  This was the source of the first, 1990, CDC surveillance criteria - just do repeat Western Blots to look for new IgM bands because that meant the bug was still alive after treatment: https://www.cdc.gov/mmwr/preview/mmwrhtml/00014526.htm


1988 Dattwyler NK cells.pdf  -- Natural Killer Cell activity is muted, and Dattwyler also says Borrelial supernatant (where the fatty Osps are) does this too.  That means it was known in 1988 that Borrelia and its shed mucopeptides or lipoproteins cause immune system blunting.


1989 IDSA Duray EBV transformed.pdf --  Again, published in IDSA's journal at the time, Infectious Disease Reviews, it is shown that Chronic Lyme or Post-Sepsis Lyme is like a pseudoleukemia due to the fungal antigens like LYMErix.

1990 ALDF is founded, this is the main RICO entity, not IDSA

1990 CDC Case Definition.pdf  - "just do repeat Western Blots to look for new IgM bands."   This comes from Allen Steere, above ^^, in 1986, showing this is what the serology looks like  This is also what Dattwyler recommended at the 1994 FDA Meeting on LYMErix:https://www.cdc.gov/mmwr/preview/mmwrhtml/00014526.htm


1991 Allen Steere CFIDS Seronegative Lyme.pdf -- Here in 1991, in "Rheumatology News" (a journalzine), Steere says he is "convinced seronegative Lyme exists" and that this non-HLA linked outcome is "perilously close to Fibromyalgia and Chronic Fatigue Syndrome."
BIG CHANGE TAKES PLACE HERE IN 1992 -- probably because they discovered the OspA vaccines were a mistake and causing the same neuroLyme.  And that would be because OspA is a fungal endotoxin and the model repeats elsewhere - See the Occam's Razor on http://www.truthcures.org/charge-sheets


1993 Steere Overdiagnosis.pdf -- Here, suddenly, that kind of Lyme he talked about before (chronic, neurologic, and seronegative) where once he warned were "perilously close to CFIDS and Fibro" now actually were CFIDs and Fibro and therefore a psychiatric illness (CFIDS and Fibro were thought to be mental illnesses - hypochondria - at that time).


1993 Steere/Dressler Falsifies Dearborn.pdf  -- Here is where Steere falsifies the testing in Europe with bogus high passage strains, leaving OspA and B out (they are encoded on the same plasmid), and adding the ELISA as a screening test, averaging the concentration signal between the very low Neuro-Lyme responders and the very high autoimmune knee and acrodermatitis responders, such that the new, Dearborn, 2-tiered cutoff for an ELISA, will exclude all neurologic cases and of course, most of the IgM responders, which to Steere meant persisting infection in 1986.


1993 Barbour/Fish Trash LYMErix victims.pdf -- Here we learn that the Phase I and Phase II trials of the OspA vaccines are underway, while Alan Barbour (owner of the ImmuLyme OspA patent) and Fish (founding member of the ALDF.com) proceed to trash wimminz inferring that Chronic Lyme/Sepsis is a disease of hysteria or catastrophizing.... because they know by now OspA is making people sick, especially after 2 injections.


1994 FDA LYMErix Meeting Transcripts.pdf   -- Note that this took place in June 1994, which was before Dearborn, so the serodiagnosis business was still up in the air.  Dattwyler was insistant the knee-only case definition was not accurate


1994 Dearborn Conference.pdf  (Booklet) -- Here you will see who said what, that the "Steere in Europe" report is missing, and that there was no consensus or agreement.  Towards the end of the booklet see what all the contributing labs said about Steere's and the CDC's proposal for a new diagnostic standard.  Everyone said it sucked except MarDx who had been given arthritis positive blood to "qualify" their Western Blot test strips, but even they said OspA and B should not be left out of the case definition.


1994 Dearborn Invitation.pdf --  This shows the labs were invited to "participate in the proceedings!" but then the Lyme criminals blew off all the other labs recommendations, which, on average, said that the Steere proposal was only 15% accurate- Gary Wormser included.  This shows the FALSE intent was to have a consensus conference, but these criminal never intended to listen to any other participants proposals.

You will see by looking at the Oct 1994 Dearborn booklet what all the labs said about the proposal for the 2 tiered testing and Steere’s 5 out of 10 band WB criteria, and then as much as we have in detail about the June 1994 FDA meeting on LYMErix, that there was no consensus that Lyme was just a bad knee.  In fact it was a fight and an argument the whole way.  Eventually the CDC officers who own patents and who were associated with the fake non-profit the ALDF.com got their way and had their fake vaccines and later the bogus Klempner "study" which was based on the Dearborn case definition (the grant for this study was a "fraud on the govt"), but the bad guys knew all along the disease was post-sepsis and was caused by the fake OspA vaccines alone.  Certainly Steere knew late, chronic neurologic Lyme was like post-sepsis since he wrote about it in 1986 and 1990 as you have seen.

1998 FDA Meeting LYMErix.pdf -- You want to read this whole thing.  Sikand claims Lyme is hard to diagnose and treat.  Schoen says Lyme is underreported by 10-12 times, and Luft is going at these fekkers over their disease definitions the entire time as well as says the vaccine injuries look exactly like the "protean" or multi-system disease definition and not the "bad knee only" definition.
Can also download here: https://www.fda.gov/ohrms/dockets/ac/98/transcpt/3422t1.rtf

1999 Wormser OspA Causes Immunosuppression.pdf:  He’s talking about how OspA causes immunosuppression in dogs too.  The dog vaccines only tolerize against arthritis, they do not prevent spirochetes, http://onlinelibrary.wiley.com/doi/10.1111/j.1574-695X.2000.tb01476.x/epdf


2000 OspA Trial Western Blots Unreadable.pdf -- Persing and Sigal Western Blots from the 2 OspA trials were unreadable, which means neither vaccine group could prove their OspA vaccines prevented Lyme disease - yet both claimed they had "safe and effective vaccines."  https://academic.oup.com/cid/article-lookup/doi/10.1086/313920


2001 FDA LYMErix Transcripts.pdf -- Here, Ben Luft talks about the "twilight zone of disconnect" between what the patients say are vaccine injury, compared to what SKB says.  SKB also mentions a high rate of pregnancy failure (miscarriage) at this hearing. SKB also (Yves Lobet) makes fun of Allen Steere and calls him basically an idiot who makes no sense with his theories.
Can also download here: https://www.fda.gov/ohrms/dockets/ac/01/transcripts/3680t2.rtf

2001 Klempners Bogus Treatment Trial.pdf - Mark Klempner's bogus retreatment trial, based on Dearborn, he knows IV ceftriaxone fails because spirochetes are intracellular, used the FIQ (Fibromyalgia checklist) instead of valid biomarkers of disease, This became the essence of the IDSA "guidelines," whereas ILADS is not aware or does not care that OspA alone caused the same post-sepsis outcome that we call "Chronic Lyme" >>http://www.nejm.org/doi/pdf/10.1056/NEJM200107123450202


2003 RICO case filed DOJ.pdf  --  Self explanatory.  Lawyers tend to be dunces when it comes to science.

2006 Blumenthal AntiTrust.pdf --  Also here,http://www.actionlyme.org/080430_RICO_CABAL_CAVES.htm   Now Senator Richard Blumenthal sued the Cabal for AntiTrust while he was CT Attorney General.  Did not include the FRAUD part about Dearborn because he had no "experts" among the "LLMDs" or ILADS.org to help him with that.  He still doesn't since ILADS is brainless and do not care what is true.

2017 All 9 Criminal Charge Sheets.pdf  --  Here find the Occam's Razor and the Primers Shell game which show OspA never could have been a vaccine and many many scientists, including the NIH say LYMErix was the opposite of a vaccine, as a fungal endotoxin that causes immunosuppression and the reactivation of Epstein-Barr et al, just like any old regular endotoxin sepsis outcome, perhaps even worse since the Osps are more toxic as TLR2/1 agonists than regular LPS.

1. ALDF-CDC "ENTERPRISE" (read "RICO") Conspires to Defraud USA in Dearborn-Vaccine Scam; see how next, in the subsequent charge sheet on patents, the very people who falsified the testing are the ones who own the patents for the bogus vaccines and test kit products

2. Lyme Disease "PATENTS" owned by the Dearborn scammers, CDC officers, Yale in association with Corixa, Mayo Clinic and Imugen. Leaving OspA and B out of the Dearborn standard was intended to facilitate a monopoly on post-LYMErix approval on blood testing for all vectior-borne disease:

3. Lyme Disease "BIOMARKERS", as compared to scientifically invalid psychiatric check lists. These biomarkers were identified by the very people who later said Lyme was not even a disease, and who are the same people who own the vaccine patents and falsified the testing at Dearborn:

4. The Primers "(DNA, RNA) SHELL GAME"; the very people who own all the patents and falsified the testing for Lyme in order to falsify the outcomes of those bogus products, use the wrong DNA to not-find Lyme or other spirochetes in humans, while using the correct DNA to patent borrelia-specific DNA; no biofilms.

5. "OCCAM'S RAZOR"; If it quacks like a duck, it must be Epstein-Barr/post-sepsis syndrome (as the REAL "Great Imitator"); lists a bunch of people who say OspA never could have been a vaccine.

6. The "COMMON MECHANISMS" of Fungal-Viral Damage in CFIDS, Vaccines-Autism, and "Chronic Lyme"/ New Great Imitator, per the CDC, NIH and IDSA; This paper reveals the CDC's own data on what Lyme and CFIDS are, and how immunosuppression-via-fungal contamination also explains the failed childhood vaccines, giving children the very viruses the vaccines are intended to prevent (with resultant encephalitis):

7. "SIMON WESSLEY" and the abuse of Gulf War veterans, Justina Pelletier and 21st century witch trials; with scientifically valid evidence for real illness, a vast majority of post-sepsis and vaccine injured are slandered and libeled with invalid psychiatric terminology:

8. The State of Connecticut and Yale "ASSAULTED CZECH CHILDREN" with a known fake vaccine (OspA or LYMErix) just to see how serious would be the adverse events: