Truth is Love. Seek it. Speak it. Be it. 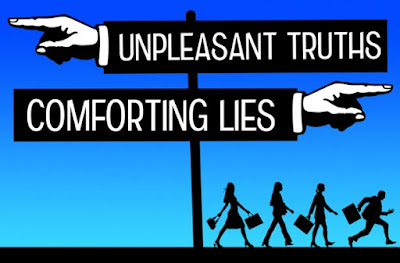 "The truth can only offend those living a lie."

Frequently repeating a lie creates the illusion of truth. TruthCures, they may be blunt, they may be brutally honest, you may not like them but rest assured, they offer you the raw truth nobody else will tell you, not comforting or coddling lies. I've said it before and I'll say it again, most people start waking up to the real world of illusions once we go down the Lyme rabbit hole, don't put your breaks on there, keep going. Non-profits, advocates and ILADS keep running further from the truth that now the truth actually offends people.

They're basically saying in a nutshell the 50% of the population who do not respond to any sort of treatment due to pathological changes within the first 48 hours, those who remain disabled for life aren't worth the truth or even fighting for. It's not even about treatment, it's about justice for these 50% who face homelessness, starvation, poverty, can't get disability, the suicides and deaths. The CDC crooks kicked Lyme victims to the curb then trashed their victims, then the Lyme community turns their backs on the 50% and does the same thing, kicks them to the curb, trashes them, avoids and silences the truth. Doesn't everyone deserve a fair chance?

If Non-profits couldn't be more of a fallacy, then I don't know what is. Corporate money pits masquerading as humanitarian organizations fighting for Lyme victims who won't even speak of the crime, too much free money and glory. They continue the same cycle by giving false hopes with no intent for change. They are not what they appear to be, victims are so entirely desperate they keep falling in the trap. Don't believe it? See for yourself ➡ Non-profits

If advocates and administrators of Lyme disease support groups were true people, they'd straight up tell the truth, but they don't. They demonize those who do, label them conspiracy theorists and kick them out. They've made it very well clear the destitute don't matter. The ones who improve and go on to live a normal life just might get offended. Oh no, can't possibly hurt anyones feelings. Many administrators have admitted they keep lying to victims because some people are too vulnerable for the truth. So they continue year after year with their comforting lies while appearing to be almighty advocates.

ILADS, this is a very touchy subject within the community. Nobody says all doctors are bad. There are many who truly have lots compassion and do all they can to help these victims but they have their hands completely tied in politics. It's ILADS as an organization that's running from the truth. ILADS refuses to speak about what the disease really is when they are well aware of it. The LYMErix whistleblower was a member of ILADS and wrote their original Klempner rebuttal. Til this day, they remain silent about the crime making hand over fist off the defenseless disabled victims while appearing to be our saviors.


Shall I continue? How much more proof does one need to see through the illusion? And yet NONE of this is allowed to be discussed within the Lyme community, it's all backwards and upside down. Non-profits, advocates and ILADS aren't telling the truth and continue to feed the illusion leaving the 50% facing homelessness, starvation, poverty and death. They are only prolonging the suffering of millions of people. Don't fall for their deception, don't fall for the comforting lies. Seek deeper. These victims deserve better than being abandoned, abused, demonized and left hopeless for the rest of their lives. See the big picture ➡ The Stages of Lyme


Truth is love. Truth is your raw authentic self. Speak it. See It. Be It.
#TruthCuresLyme