Nobody ever imagines getting sick and never recovering. You can't even begin to imagine never-ending torturous abyss until you're living it - "You don't get it until you get it" couldn't be more true. The suffering Lyme victims go through is barbaric and not just the disease itself but the atrocious crimes that surround it. People are afraid to speak the truth because of the rejection they already face in this world living with such a controversial and politicized disease. It's a worldwide pandemic, people need to know the truth. Everyone says don't let your illness dictate your life, chronic Lyme controls every aspect of your life, every waking second and there's no way around it.

Victims are told by the establishment and every doctor they see it's all in their heads. It is, literally. They're living with a permanent brain infection, encephalopathy, hydrocephalus, demyelination or lesions. Your brain becomes hijacked. Your mind becomes it's own entity that you don't even recognize anymore. Progressive cognitive dysfunction and memory loss as if every brain cell is being destroyed one by one. Thoughts disconnected from your speech. Auditory and visual hallucinations as if you've been drugged. It will drag you through the deepest darkest levels of hell you've never imagined existed. Rage out of nowhere like the Incredible Hulk and crippling anxiety. You cry yourself to sleep, you cry alone staring hopelessly at your 4 walls day in and day out. Begging to be saved or begging just to be put out of the misery. Help me please. Make it stop. Sorrow, defeat, hopelessness, powerlessness. Are you dying or fighting to survive? 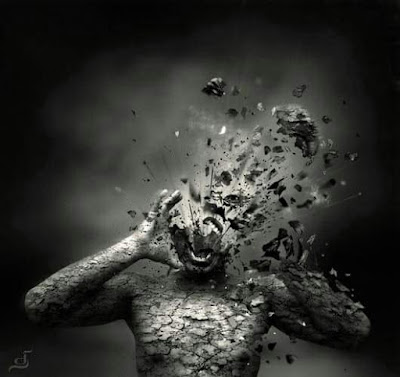 It's as if your body has an internal circuit breaker malfunctioning each circuit one by one. Pain ripping through and ravaging through every organ system. Crushing every bone, mutilating every joint, suffocating every muscle until strangulation, head pressure as if your brain is imploding, sand paper scraping your brain, razor blades ripping through your intestines and stomach, trying to breathe as if something is squeezing your lungs, blood turned to acid burning you from the inside out like a pressure cooker, railroad spikes into your skeletal system, lesions as if you were burned, pain that throws you to the ground.

Central nervous system as if it were hooked up to a high voltage power line like being tortured to death with a slow steady constant electrocution running through every vein, penetrating the brain to insanity. Electrifying, zapping, burning, tingling, stabbing, vibrating like an internal short circuited exposed live wire backfiring, your core is an electrical circuit while your outer surface feels dead. As you helplessly you feel seizures coming on or restless leg syndrome spreading throughout your entire body, sudden jerks and spasms. Stiffness or spasticity as if you just woke up from a coma. Passing out or falling as if you've become allergic to sitting upright or standing. Balance and coordination circuit has malfunctioned.

Body or limbs disconnected from the brain to paralysis or complete immobility. You're trying to move through cement or turned to stone, can't lift your head, your limbs bearing weights, no energy to blink or breathe, as if every cell and organ system is shutting down. A permanent vaccum installed to your cells slowly sucking every ounce of life. Your hanging on by a threads and every day another thread breaks. Everyday a new weight is added to your bucket. Everything is resistance pulling you the other way. Blood pressure, sugar and heart rate circuit shortage.

But wait....there's no help anywhere? You hit a state of panic. What do you do? Where do you go? How are you supposed to live like this? In a human torture chamber.....

"Lyme disease is absolute torture physically, mentally & emotionally where you scream & scream for help but nobody hears. It is a hell on earth. We live on a different earth, one where no one cares, no one hears, no one helps. It's like being a toddler in an adult body, you can't take care of yourself with a broken brain & broken body but there are only doors slammed in your face
at every turn."
-- Marcie Evanosky Nichols

"This is the Worst Historical Medical Holocaust of our Lifetime."
-- Karen Bailey, RN
(cared & coded the very first Aids baby
in the Boston Nicu)


"It's like being undead. You're too sick to ever participate in life.  All things that make life worth living have been stolen from you, leaving you a ghost of your former self, forever doomed to haunt the world, but you can never participate in it.  And if you dare try, you are given a payback of such severe pain and a flare up of symptoms that make it never, ever worth trying.  Everything you used to enjoy makes you severely physically ill.  Everyday is a never ending struggle just to survive the most basic of needs. And sometimes, you can't even do that.  You are stuck in a world you are not well enough to live in. And no one will help you. There is no help coming. There is no future.  There is only now, and never ending pain, and disappointment, and a loneliness only the undead can feel.  This is the reality of severely advanced Lyme Disease."
-- Julie Carrigon

"Lyme steals Everything. You become a complete and total stranger to your entire family and even to yourself. The physical manifestation is literally the king of all nightmares. You feel so ill, deathly ill, but no one can see it. It's dark, lonely and evil on every level. Every Dr you see tells you there's nothing wrong with you and it's all in your head. Insidious symptoms from skin crawling fire ants burning your brain to bone crushing pain and the feeling that your flesh is being ripped from your bones. While the nervous system is so badly affected you feel electrical shocks through out your body."
-Rachel Brendel

"Chronic Lyme is like every nerve in your body is on fire while someone is pouring acid on your brain.  At the same time something is twisting your muscles, then hitting your bones with a hammer."
-- Tera Banks

"It’s being too tired to even cry. Starving yourself because you can’t stand up to even make a PB&J. Hurting so bad you can’t force yourself to move your eyes. Being accused of being a drug addict, or that somehow you are bringing your suffering on yourself. Lying to medical professionals about being in pain because you don’t
want to lose your credibility as a sick person. I firmly believe a Mother’s love is the most powerful thing this Earth can provide.  Having Lyme disease challenges that in a deadly serious way.  When you become so despondent that you truly don’t give a shit whether you live or die. Death can seem like the only comfort left in your life, an end point is all you can think about.  You just want it to stop"
--Jena Blair

"There is not an ounce of cellular energy left after forcing food and chugging fluids like my life depends on it. For what seems like an eternity, I have been stuck, floating, in a bathtub of darkness and urgency, while my children tell me about their lives through the door."
-- Heather Scott Hetler

"I'm truly just barely hanging on buy a thread. To have to live in this pain ever second of every minute of every day, week, month, year of 12 years and counting, and for my pride, my vanity, for not letting people, my friends see me like this, then we have my four walls? It's all I can do to watch everything that I was, everything I love, and now my love of my life leave me. I can count on one thing, more of the same Pain? Buy the Ticket, Take the Ride, I don't think this is what Hunter S. Thompson meant when he wrote that. I don't think I can bare to hear another doctor tell me agian, and I Quote, "We can tell you what it isn't, but we can't tell you what it is."  And they're getting paid for this ground breaking news, and oh by the way, send me home in the same shape as I walked in."
-- Nick C. Baker 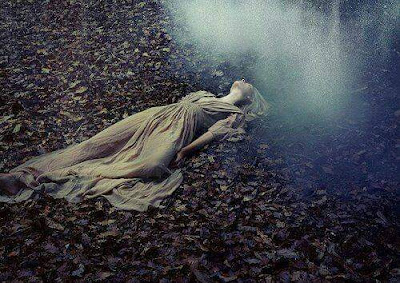 Meanwhile - the CDC, government and medical establishment gaslights, libels, mocks, slanders, ridicules Lyme patients over power, greed and profit since erasing the very existence of chronic Lyme disease by commercializing Lyme disease in 1994 at Dearborn Michigan by changing the testing to a high antibody concentration and removing the most prominent antigens. This excluded all low antibody neurological immunosuppressed victims. The biggest medical scandal in history throwing millions disabled victims under the bus for the purpose of qualifying a fake immunosuppressive vaccine (Lymerix/OspA) that caused the very same disease it was "intended" to prevent.

What the CDC calls post-Lyme syndrome is really post-sepsis syndrome and is why antibiotics can't cure Lyme, it's the immunosuppression and secondary infections doing all the damage. The vaccine trials are how the CDC knows it's a disease of immunosuppression. OspA via vaccine or tick bite are the same disease. Their fraudulent test was designed to miss all of these low to no antibody concentration victims. The same CDC criminals who falsified the case definition and testing own patents on the vaccine and fraudulent test kits.


25 years later, the CDC is still saying there's no such thing as chronic Lyme disease while publishing evidence of their crime and the real disease mechanism in their own scientific research and patent documents. This past week, the CDC hit an all new low by counter-attacking and slandering chronic Lyme disease victims after Lymerix whistle-blower and Truthcures lobbied in Washington D.C overturning all evidence of the Lyme Cryme to Senators demanding the USDOJ investigate and prosecute the CDC for their crimes.

And, then we have ILADS who only treat you if you're rich, banking off of desperate half-dead sick people by selling books, their own protocol or supplement lines and those who can actually afford $2000 for an office visit and out of pocket treatments by going bankrupt and losing everything trying to get treatment, that fails in majority anyway by not treating the real disease mechanism. Many end up with pharmaceutical injuries especially from fluoroquinolone antibiotics, just speeding up the disability process if not outright killing you. Where else is anyone supposed to go? There's no help anywhere for a disease deliberately made not to exist. Then there's the majority who are too poor to see an LLMD trying to self treat or symptom management with everything under the sun at home wondering if they'll ever wake up again. Everyone making money off the severely sick and disabled while they can't even afford a roof over their heads or food in their bellies, and spending years fighting for social security disability.

To be so physically ill and disabled, with no help anywhere, to be told you need a psychiatrist, it's all in your head, stop faking or attention seeking and to be told by the establishment Lyme doesn't exist. Why would anyone go on years to decades faking a disease that was deliberately commercialized not to exist just to be libeled, slandered, shunned, lose everything and have your entire life ripped out from under you? If you were really going to fake a disease, it would be one that's validated, not denied. Lyme is very real, the suffering is too real too for any human to bare, its barbaric torture not only the disease itself but the daily abuse by the establishment who have committed the most atrocious crimes to humanity as they erased the very existence of chronic Lyme disease and left them to suffer and die with a psychiatric or munchausen diagnosis.


The suicide rate is extremely high amongst Lyme victims, we just had 3 Lyme suicides. Can you blame them? 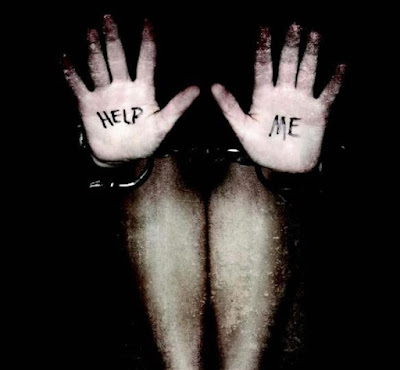