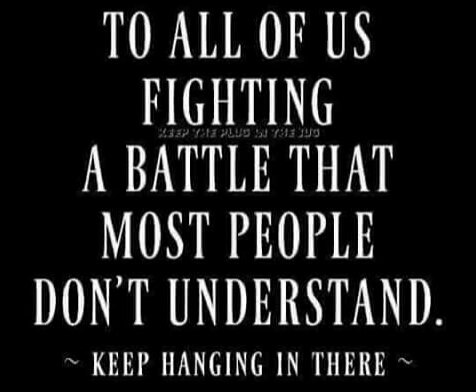 
Through it all, always remember one thing. They are stronger than anyone gives them credit for or could possibly understand. They are the true badass warriors of the world. Your children are often the forgotten ones in their battle. The outcasts. The ones who have fallen through the cracks of society. The ones who are truly never understood. 95% of it remains silent and goes unrecognized. They are thrown head on into a lifetime of struggle, fighting and battles. Their battle, is like no other. They fight in silence.

They develop a special gift that nobody can't be explained. Thrown into this struggle, they fight like a champ, like a true beast of nature. Their reality becomes their identity. Their fight, strength, determination, courage and discipline is their identity. They are different from the rest and will truly never connect with others unlike them. Often they feel isolated and alone, they are on a completely different spectrum than the rest of the world. They have a very deep sense of consciousness and awareness so deep they don't understand themselves. They understand and see things that no one in this lifetime will.  They see 99% more than they lead on and will ever speak of. They understand things others will never see. They see raw truth and true character in what society will always fail to see. They see everything from a different perspective. And yes, those non-verbal too, don't let them fool you. It's not something anyone could begin to understand, unless they are thrown into the same fight head on since the beginning of time.

All they need is to hear how proud of them you are. How much you care, how much you love them. They will forever cherish it even if they can't show it. Make it well known their fight and battle doesn't go unnoticed. That you see their true strength and will. They only want that 1 person to understand and see their fight for what they put in and what it is. This will give them the ultimate happiness in their heart. It will give them purpose, strength and a stronger fight. Introduce them to others like them. Even non-verbal, they will connect at a level no one else can ever do. They will feel for the very first time in their existence they are understood. It goes beyond illness or disability, but what they have become because of their fight.

See, people who were struck down later in life lose touch and reality within themselves, their thoughts and emotions take over. As time goes on society as a whole is raising weaker generations with less skill and fight. While these children, who were thrown head on into this fight without any warning, their brains and consciousness were developing, which forced them into a different reality from the rest of the world at the very beginning. True badass warriors who know what struggle and fight really is. Show them the true warriors that they are. Let it be known.


true experience in a lifelong battle